* In case of any delay in receiving the OTP, you may verify it later. Please proceed without verification.

Enter your City name or Pincode

Manjeri is a town in the district of Malappuram in Kerala. It is administered by a Municipality. The town is 12 Km away from Malappuram and Calicut Railway Station is 45 Kms away from Manjeri. 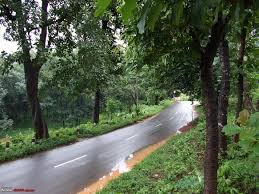 A brief history of Manjeri

Manjeri town is of historical importance. It was the headquarters of Mysore administrators. In 1920, Manjeri was host to the popular Malabar Political Conference headed by Annie Besant. In 1921, it was the centre of Moplah revolt. It is the birth place of Variamkunnath Kunjahammed Haji who fought against Britishers. Many references on Manjeri’s Indian National Movement was found from historical records.

Just like other towns of Kerala, Manjeri also experiences tropical climate and receives significant rainfall. Short dry season also prevails in Manjeri. Koppen and Geiger have classified the climate of Manjeri as Am. The average annual temperature of Manjeri is 27.5oC  with April being the hottest month. The average rainfall is 2913 mm.

Manjeri is administered by a Municipality which came into existence in the year 1978. It has 50 electoral wards for which elections are held once in five years.

Business and Economy in Manjeri

Some of the tourists’ attractions of Manjeri are as follows:

This ancient place of worship situated on a hillock is quite famous. The temple was attacked by the Mysore army in the year 1784 and also several other revolts. The temple offers a picturesque view of the sunset. The presiding deity of the temple is Goddess Durga. Every year during March-April, Pooram festival is celebrated for 7 days. During the festival, several entertainment programmes including the traditional folk are performed here.

This is a picturesque place with scenery, hills, Kadalundi River and dam.

The town was the centre of Malabar Revolt of 1921 and is also birthplace of Aali Musliyar of Nellikkuth, the freedom fighter.

It is situated near Manjeri and is a hill station with beautiful dams as well as rocks.

It is the oldest mosques of Manjeri situated on Pandikkad Road.

It is yet another oldest mosque of Manjeri town.

The ancient temple of South India is located here.

This umbrella shaped stone is some 2000 years old.

It is yet another oldest as well as popular mosque of Manjeri.

It is a popular and ancient temple situated at Ambalappadi.
Some other oldest as well as popular temples are Kalikavu Temple, Melakkam and Oranadath Temple, Thurakkal. Apart from the above, Manjeri also serves as base to Malappuram, Kottakkal, Nilambur and Vythri.

How to Reach Manjeri

Comments / Discussion Board - About Manjeri